Looking for the Meaning of Meaningful Use
Skip to content

Looking for the Meaning of Meaningful Use

What is Meaningful Use? 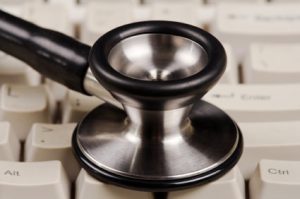 Confused about the “meaningful use” component of the American Recovery and Reinvestment Act’s stimulus program? Well, no wonder. The definition is still in development, even though incentive payments are supposed to begin as early as October 2010 for hospitals. Payments to other “eligible professionals who are meaningful EHR users” are scheduled to begin in January 2011.

To back it up a bit, for those who haven’t had time to scour the scads of government documents, in February of 2009, President Obama signed the American Recovery and Reinvestment Act of 2009, a measure to stimulate the economy.  Part of the stimulus package was incentives for providers (eligible hospitals, critical access hospitals, or eligible professionals) who demonstrate meaningful use of certified electronic health record (EHR) technology. Payments range from $44,000 to $64,000 per physician and up to $11 million per hospital.

The problem is, there’s no consensus on the term “meaningful use.” In December of 2009, The Centers for Medicare and Medicaid Services (CMS) and the Office of the National Coordinator for Health Information Technology (ONC), issued a set of regulations on implementation of the Recovery Act, including a definition of meaningful use. The proposed CMS definition states that a hospital or provider will be considered to be a “meaningful EHR user” if they meet the following three requirements:

Well, that certainly clears things up.

Both the CMS and ONC regulations were opened up to a 60-day comment period that concluded on March 15, 2010. Committees and specialty associations submitted hundreds of comments, which are now under review. A final rule is supposed to be announced: “in 2010.”

This leaves providers who haven’t yet purchased an EHR system in something of a quandary, as the provider, rather than the certified vendor, is responsible for ensuring that his or her system demonstrates meaningful use.

1 thought on “Looking for the Meaning of Meaningful Use”