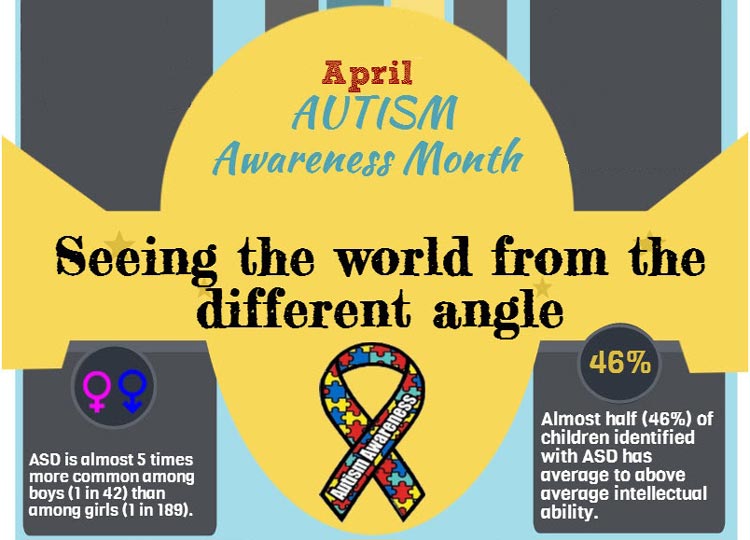 April is National Autism Awareness Month. Commonly referred to as autism spectrum disorder (ASD), the Autism Society defines autism as “a complex developmental disability [with] signs typically appearing during early childhood and affecting a person’s ability to communicate and interact with others.”

Reports of ASD are on the rise. A 2014 study, the ADDM autism prevalence report by the Centers for Disease Control and Prevention (CDC), found that the incidence of ASD has nearly doubled since 2004. The CDC now estimates that one in 68 births will go on to be diagnosed.

This infographic by MyDocHub covers the most common signs, symptoms, and treatments for autism. Many of those are also discussed below.

Given the increase in prevalence, ASD has become the focus of a growing number of research and studies. Those research efforts have found that:

Autism covers a wide range of signs and symptoms, which tends to complicate the diagnosis process.

Some of the common age-related markers include:

Other frequently reported signs and symptoms are:

Early intervention is key to obtaining the best outcomes. However, pediatric care and treatment for ASD has become increasingly complex and expensive.

A 2014 study by Harvard researchers indicated that those costs have risen significantly. Between healthcare and interventional education, the study estimated costs for a child with ASD average more than $17,000 per year in the United States.

Treatments often encompass a range of therapeutic activities, including speech and occupational therapy. Detailed plans for educational assistance are typically part of a school-aged child’s treatment as well. Some physicians encourage the use of medications also.

Parents and caregivers should speak to their child’s physician or pediatrician about any developmental concerns. Getting help early on in the process will usually result in better outcomes for your child.

Have you seen an increase in the number of ASD patients? What billing challenges has that presented? Please tell me in the comments below!