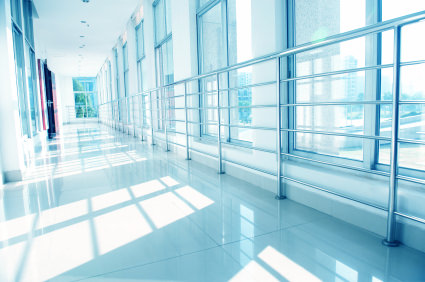 The ACA has a lot of say about physician-owned hospitals. There are new and stricter regulations, and they have having a very large impact on how these types of hospitals operate.

Let’s start with some facts about physician-owned hospitals:

• There are currently 238 physician-owned hospitals in the US

• 5% of all hospitals in the US are physician-owned

• 1.5 million patients are treated at physician-owned hospitals every year

• 75% of physician-owned hospitals are specialty hospitals

So what are these new regulations and where are they found in the ACA? The answers are in Section 6001.

• Expansion of physician-owned hospitals beyond what their licensure on March 23, 2010 is prohibited. This includes operating rooms, procedure rooms, and  beds, but does not include emergency rooms.

• Physician-owned hospitals must provide annual reports which identify every owner and investor, and their level of investment to the Secretary of the DHHS.

• Physician-owned hospitals must put a disclaimer on their website and any public advertising, identifying them as physician-owned. Referring physicians must also tell patients that they are a partial owner in the facility.

• Physician-owned hospitals cannot increase the ratio of ownership for physicians, nor offer any kind of incentive to physicians to buy more shares.

• Physician-owned hospitals have to prove they can provide assessment and initial treatment for all patients, as well as able to refer and transfer patients as needed.

• Physician-owned ambulatory surgical centers (such as day-surgery facilities) cannot be converted in hospitals, and new physician-owned hospitals cannot be established at all for at least five years after March 23, 2010.

As with most new regulations under the ACA, there is an appeals process for physician-owned hospitals that wish to expand. The process takes up to 60 days, and once a decision is made, a hospital cannot appeal or reapply for an exemption for two years. Even with an exemption, a hospital cannot expand more than two times its original licensure, and cannot expand beyond its main campus.

In order to qualify for an exception, a physician-owned hospital has to:

1. Be located in a county that has grown more than 150% in the last five years

2. Admit the same or a higher percentage of Medicare/Medicaid patients as all other hospitals in the county

3. Not otherwise discriminate against Medicare/Medicaid or other Federal program patients (such as children on CHiP, or patients in the High-Risk Insurance Pool program)

4. Be located in a State where there the hospital bed per person average is less than the national average (which is 3.6 beds per every 1,000 Americans)

The final part of Section 6001 grants the Secretary the right to audit and even revoke a physician-owned hospital’s provider agreement for Medicare/Medicaid and other Federal program reimbursements, if they are found to be violating the regulations. As many hospitals would not be able to keep their doors open without these revenue sources, violating Section 6001 isn’t a viable option.

.
Katie blogs at What the Health where she puts the Affordable Care Act into plain English.